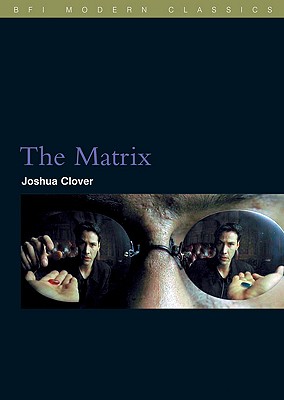 By Joshua Clover
Email or call for price.
Out of Print

The Matrix (1999) was a true end-of-the-millennium movie, a statement of the American Zeitgeist, and a prognosis for the future of big-budget Hollywood filmmaking. Starring Keanu Reeves as Neo, a computer programmer transformed into a messianic freedom fighter, The Matrix blends science fiction with conspiracy thriller conventions and outlandish martial arts created with groundbreaking digital techniques. A box-office triumph, the film was no populist confection: its blatant allusions to highbrow contemporary philosophy added to its appeal as a mystery to be decoded.
Joshua Clover undertakes the task of decoding the film. Examining The Matrix's digital effects and how they were achieved, he shows how the film represents a melding of cinema and video games (the greatest commercial threat to have faced Hollywood since the advent of television) and achieves a hybrid kind of immersive entertainment. He also unpacks the movie's references to philosophy, showing how The Matrix ultimately expresses the crisis American culture faced at the end of the 1990s.

Joshua Clover, author of award-winning book of poetry Madonna anno domini (1996) and many other works, is Associate Professor of Poetry and Poetics at the University of California, Davis. He writes on art and politics for the Village Voice.