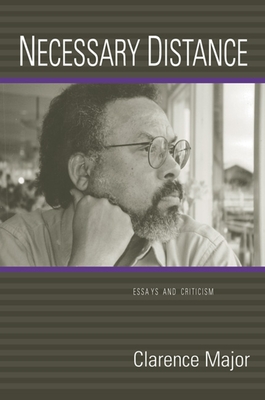 Bringing together critical essays, articles, and reviews by 1999 National Book Award for Poetry finalist, this landmark collection is an impressive look back--and forward--by one of our most visionary authors. From essays on the craft of writing, to critiques of contemporary and classic African-American authors and their work, to observations on the quirkiness of the writing and publishing life, Necessary Distance is a compendium of the best nonfiction prose by an important figure in contemporary American letters.

This collection is a portrait of the artist's rise to prominence in American letters. "A writer is usually a person who has to learn how to keep his ego--like his virginity--and lose it at the same time. In other words, he becomes a kind of twin of himself. He remains that self-centered infant while transcending him to become the observer of his experience and, by extension, the observer of a wide range of experience within his cultural domain." From his apt observations on cultural doubleness, to his redefinition of a political poetry that is "organic in its ideas, . . . that in no way compromised its own artistic nature," to his consumate statement on the concept of rhythm in African -American poetry, Necessary Distance is a sweeping tour of new ground in literature and poetics.

Clarence Major is the author of nine novels, nine books of poetry, and many nonfiction works and was a 1999 finalist for the National Book Award in Poetry for Configurations. Major teaches at the University of California in Davis. He has written for the New York Times Book Review, The Washington Post, The Los Angeles Times, Essence, and dozens of other periodicals.