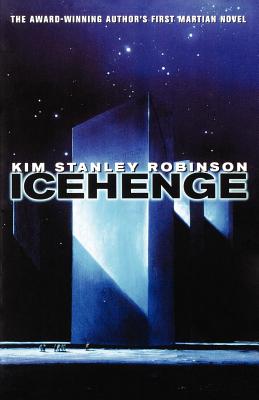 On the North Pole of Pluto there stands an enigma: a huge circle of standing blocks of ice, built on the pattern of Earth's Stonehenge--but ten times the size, standing alone at the farthest reaches of the Solar System. What is it? Who came there to build it?

The secret lies, perhaps, in the chaotic decades of the Martian Revolution, in the lost memories of those who have lived for centuries.

“In a genre not often distinguished by strong characterization, Robinson is a welcome exception. Yet even the memorable community of his The Wild Shore did not prepare us for this brilliant triptych in which the monolithic artifact of the title and the events surrounding it are described and examined from widely different points of view. The distinct, personal voices of the narratives, as they construct and deconstruct their elegant theories, are a pleasure rare in SF.” —Publishers Weekly